Should we trust Romania at the head of the European Union council? 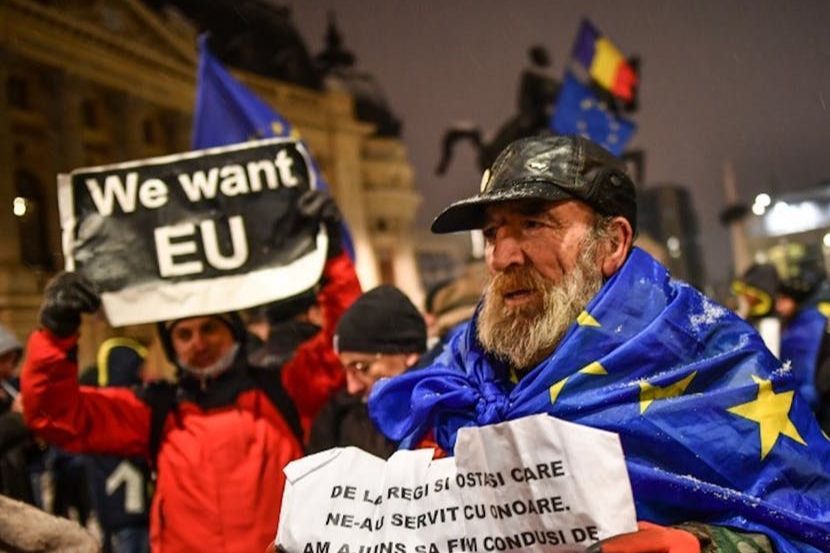 This article has originally appeared in The Conversation on February 20th in English and French.

Let us take a moment to look at the state of the EU: the UK is struggling to leave; a fresh economic recession is on the horizon; and southern EU members have yet to find sustainable ways to accommodate migrants reaching their shores. There are also complications in the European energy field, with Germany and Russia pushing on with their Nord Stream 2 gas pipeline. Many states are tormented by populism and euroscepticism that creeped into parliaments and even governments, and thus directly into the EU’s decision-making structure.

With all these thorny topics on the table, Romania is now in charge of the EU Council’s rotating presidency. Several European leaders expressed fears that, given Romania’s domestic political climate, its leadership might harm the EU.

In such a context, it’s worth taking a closer look at Romanian politics and its society more generally. The country has a semipresidential government, with a directly elected president who enjoys significant prerogatives in the country’s foreign policy. For example, the president is the primary partner with the EU and NATO summits. That’s why many Europeans may be familiar with the figure of Klaus Iohannis, who won the 2014 presidential elections and is seeking re-election later this year.

A few months ago, Iohannis was shortlisted as a potential successor to Donald Tusk at the helm of the European Council, given his Eastern European background yet solid pro-European stance and allegiance to core EU values. Recently, he was the special guest of President Macron and Chancellor Merkel in Aachen, as a symbol of pro-Europeanism in post-communist Europe.

But Iohannis is also an exception in high-level Romanian politics.

… in an problematic government

Romania’s Parliament and government are controlled by the Social-Democratic Party (PSD), led by Liviu Dragnea, with Viorica Dancila (seen as a protégée of Dragnea) as prime minister. Dragnea is considered by many as a symbol of corruption and clientelism transposed into state policy, while Dancila’s government is seen to be ineffective, even incompetent, due to the multiple shifts in budget policy, among others. At a personal level, Dancila is often distinguished by public communication blunders, which are seen as damaging Romania’s credibility.

Nevertheless, PSD comfortably won the 2016 parliamentary elections and is likely to win the largest share of Romanian MEPs in May and the local and general elections in 2020, especially given the rather frail opposition and PSD’s faithful electorate.

PSD is not an openly eurosceptic party, such as Poland’s PiS or Hungary’s Fidesz. Dragnea does not claim that Romania is some kind of cradle of European civilisation being threatened by immigrants, nor is he particularly warm to Russia. Still, the party often toys with slogans that express anger toward foreigners – Westerners, rather – who might be a threat to Romania’s sovereignty or its economy.

PSD’s solid electoral support allows it to simply ignore any criticism, be it from the inside or outside. This attitude shows a problematic approach to the justice system.

Almost every initiative of the party is regarded as a mean to cripple the fight against corruption. This in fact has been the main battlefield with the European Commission and some of the important Western governments and this is still why some states such as the Netherlands are reluctant to allow Romania to join the Schengen area.

The EU presidency is a matter of coordination not leadership

It is Dancila’s PSD government that is mainly in charge of the rotating EU Presidency. Many voices in the EU, within the political or the civil society opposition to PSD, and President Iohannis himself, have publicly claimed the country’s government is incapable of properly doing its job.

But much of this criticism is simply politics and rather ungrounded. The rotating presidency is a rather technical affair. It’s a matter of coordination – management if you like – rather than leadership in a visionary sense.

In addition, much of the trouble Romania will deal with during its stay in the driver’s seat has piled up over the last few years . It has not been Romania’s fault and no one should expect the country to make the situation worse or fix it. Also, many of the big issues on the agenda depend on Junker, Tusk, Merkel or Macron, not on Iohannis, Dragnea or Dancila.

Lack of trust is a big challenge

Arguably the largest issue on the agenda of the Romanian presidency is to start the negotiations for the next seven-year budget period, to start in 2021. From its position, we can play a role in the debate whether rule of law should be a criteria for receiving EU funding; we can put more emphasis on development issues specific to the CEE member states or on more funding for EU neighbours in the region, perhaps with an emphasis on Moldova – so kind of an advocate for this part of Europe.

To its credit, Romania has maintained a good relation with all its neighbours, regardless of their stance on the EU. Let’s not forget Romanians are the most pro-European nation in the CEE and many of the anti-government protests we have seen in the last years included a strong pro-EU component. According to the latest Eurostat, 65% of Romanians would vote against a “Roexit” referendum if one took place.

Protests against the PSD government and its corruption in 2017 (Euronews).

What is nevertheless problematic with the Romanian democracy is the very low level of trust in the fundamental institutions of representative democracy. Trust in political parties and in the Parliament is usually around 10%, often lower. This is reflected in the very low turnout in any elections that involves some kind of party vote. Horizontal trust – how much people trust each other – is also quite low.

Overall, the sustainable support for representative democracy and, implicitly, for the EU, is lacking. And without a solid base, any construction, even one that has been developed across decades, such as the EU, is at risk of crumbling. This, perhaps, is the biggest challenge Europe is now facing.

Yet given the Romanian people’s largely pro-European orientation, which probably prevents politicians to go astray as well, Romania is rather an asset, not a problem, for the European Union.