The Political Representation of Salient Issues 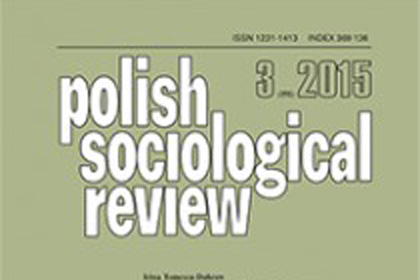 This paper deals with research into the quality of democracy and political representation and intends to make two contributions to the debate on the representation of citizens’ preferences in Eastern Europe. First, attention is focused on the level of congruence in a period of transition (1998–2001) in two countries: Hungary and Poland. The intent is to demonstrate that political representation, understood as a congruence of preferences on issues, is present in transitional democracies and improves in Poland from 1997 to 2001. Second, differences in congruence are accounted for. The first hypothesis is that citizens’ and parliamentarians’ rankings of the importance of issues will differ due to the different reasons these groups become involved in politics. Secondly, the variation of congruence is explained by the importance (salience) citizens attribute to an issue. Furthermore, saliency makes political parties crowd to represent the majority preference. On less salient issues political party representatives hold to their ideological preferences. For comparison purposes congruence is operationalized as a ‘one to many linkage’ and is measured in accord with the measurements of Kitschelt et al. (1999) of absolute and relative representation. The hypotheses are tested using data from 1997 and 2001 for Poland and 1998 for Hungary. The data allows for measuring policy preference on a range of issues in economic, social, cultural, and foreign policy domains. The measures of congruence are unique in recording the preferences of a sample of citizens and a sample of representatives in both countries. For citizens, the analysis was conducted at the level of individuals and party-supporter groups, while for the MPs, it was conducted at the level of political party groups. The findings have implications for the study of how saliency affects political representation and contribute to the understanding of the transition to democracy in Eastern Europe.